It could Be Rain

Inspired by Ragas of the rainy season and  Brazilian music, “It could be rain”  draws from these  different styles  and uses them to create a composition . A convergence of music styles and  guitar playing  techniques,  the melodies are derived from the rain Ragas , which gives it its name . Played  on a custom eight string acoustic guitar in finger style,  the notes and phrases belonging to the ragas, harmonies derived from the ragas and a rhythmic style from Brazil come together in this tune .  Mir and gamaks ( string bending technique imitating the voice particular to Indian classical music) are also used to achieve a voice like quality. It could be rain is thus a contemporary piece of music influenced by different styles  unified in a music composition.
Listen 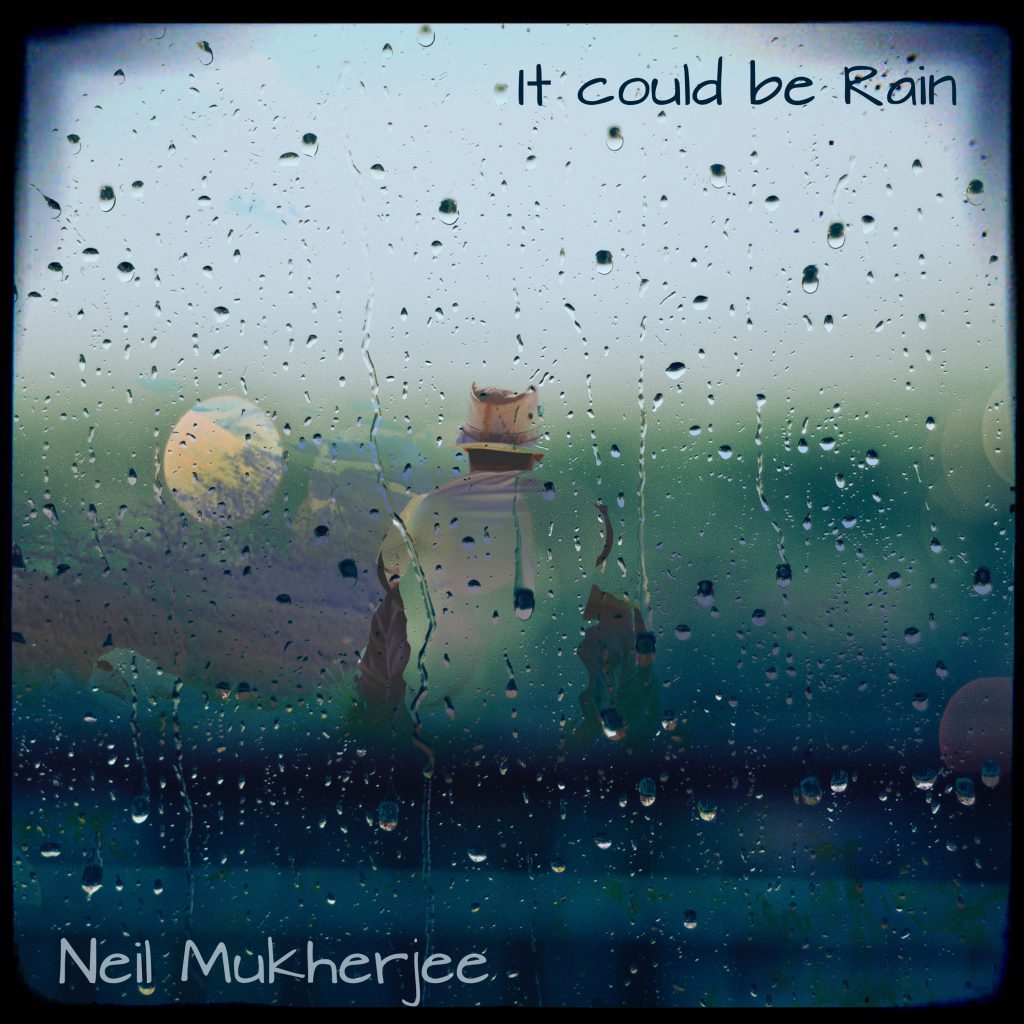 Neil Mukherjee is a guitarist and an award winning composer from
Kolkata.
Best known for his flamenco, Neil is a Grade 8 in western classical
guitar and music theory from Trinity College of Music, London and can play various styles of music with ease on the guitar including the Indian classical
forms.
Gifted a guitar for Durga puja by his Grandmother at 11 yrs of age (
instead of the customary clothes), he started playing the instrument.
Initiated to it by his maternal uncle Goutam Chatterjee, Neil studied with various people at different stages of his musical journey. During his teenage
years, he was gifted a classical guitar by Arunendu Das, an architect and a brilliant song writer living in London.
This was a major turning point for Neil and helped him acquire the necessary skills of flamenco classical guitar and other finger styles.
Neil also attributes his success to Soumya Dagupta, also an
architect, a rock guitar player and the son of a revered Bengali music director,
with whom he played his first professional gig as a bass player.
A founder member of the popular Kolkata rock band Krosswindz, Neil wrote
and composed, as well as played in all the songs of the album “Poth Geche
Benke”,1996, which
became a cult classic.

One of his students introduced him to Shri Anantha Raman, a renowned musician and a teacher of Carnatic music system.
Shri Anantha Raman opened the windows of the Indian
melodic and rhythmic world to him through the Veena.
This marked the beginning of a journey for Neil, an adventure to try and incorporate Indian
music on his existing guitar vocabulary.
He left Kolkata for Chennai in 1998 to pursue his music studies. Here a chance meeting with the Veena maestro Chithraveena Ravikiran led him to study under him for more than four years. It
was a fantastic experience for him. Since then, he has been constantly working towards stretching the boundaries of his musical knowledge through studies, experience and practice.
In 2002, he also released a Hindi album titled “Parchaiyyan” with a vocalist friend.
In 2005, Neil made his first custom 8 string guitar.
It is this instrument which he has been playing and writing his  music on and what has given him his unique sound.
The additional 2 high strings were added as the 7 th and 8 th to the existing 6 string configuration.
During his stay in Chennai (2002-2010), Neil worked with A.R. Rahman Yuvan Shankar Raja , Haris Jairaj , Vidyasagar and others as a sessions guitarist and played for numerous songs.
He moved to Bombay in 2008, where he worked with Shankar-Ehsan-Loy and Pritam.