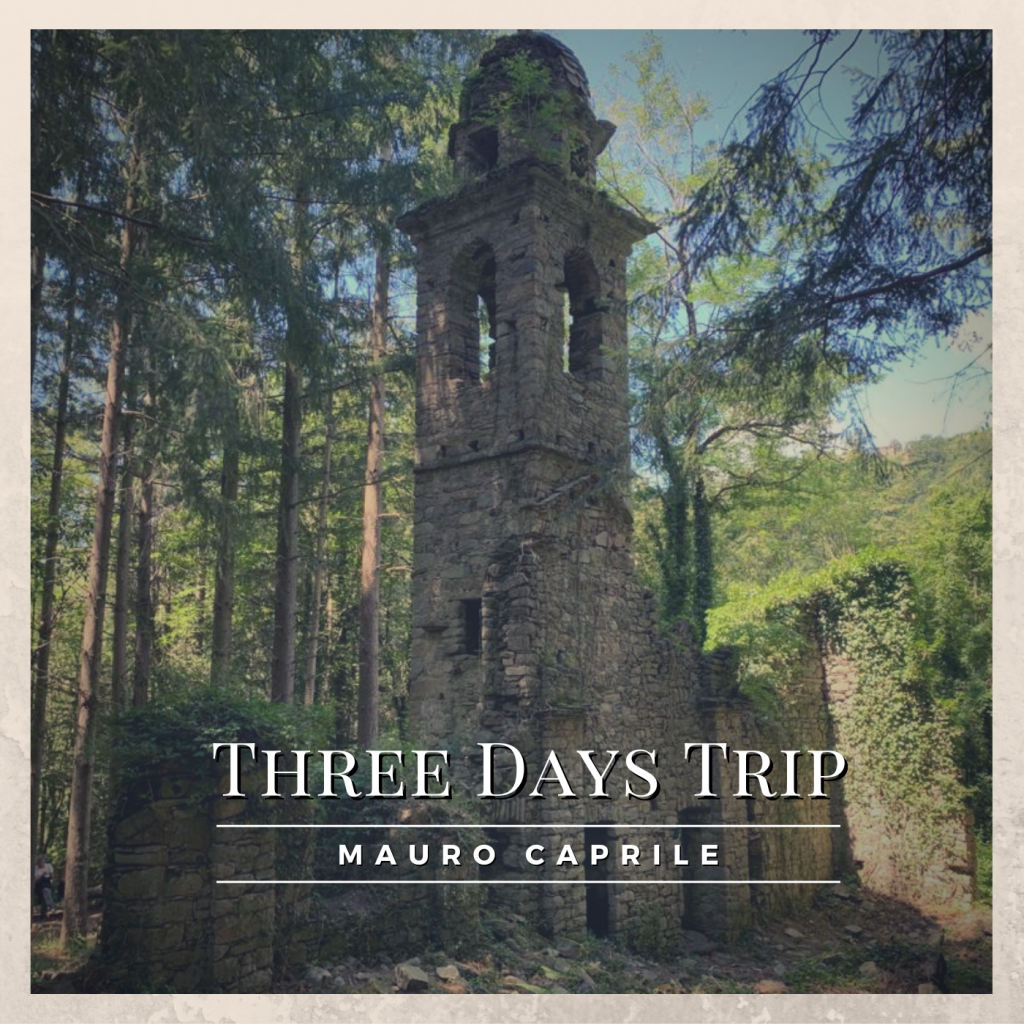 Three days trip it’s a musical tale inspired and set in a timeless place in the Ligurian Apennines.
Pratosopralacroce, San Martino di Licciorno and Lake Giacopiane are the three places visited in three days by an imaginary traveller.
Three places not far from each other, immersed in nature, full of suggestions that come from ancient times.

The first day, in the picturesque village of Pratosopralacroce.
Wonderland
A church, a street and many colourful Ligurian-style houses; This is how the small village of the Apennines presents itself.
It extends under the green mountains close to a valley divided at the bottom by a small stream. Peace, silence, an old tavern, Alice’s Houses to be able to find refreshment and refuge for the nights.
A timeless place, a wonderland.

The second day In the woods.
The face in the rock and the Church in the woods.
An ancient path leads into the woods. After crossing the stream, after a few minutes, the amazement of seeing an ancient stone church among the dense vegetation. “San Martino di Licciorno” is the name of this place; a temple and the testimony of a community devoted to Christianity, from a time very distant from ours.
Even more remote must be the origins of that huge face carved on the rock, which can be found continuing the path.
Was the “Megalithic Face” in the past a sculpture dedicated to Christ or something linked to a pagan cult?
I let my mind and imagination travel while I admire him in amazement.

The third and last day, with the evening and night, spent at the lake.
Last night at the Lake
In the two previous days, I have heard several times from the locals about how unmissable a visit to the “Lago di Giacopiane” was.
Now that I am here, at sunset and with a small fire lit, I can understand the words of those people.
A light breeze and the cry of some wild animal are the only perceptible sounds.
Slowly, as the sun sets on the horizon breaking into the waters of the lake, he spends the last evening and the last night, in this little corner of paradise.