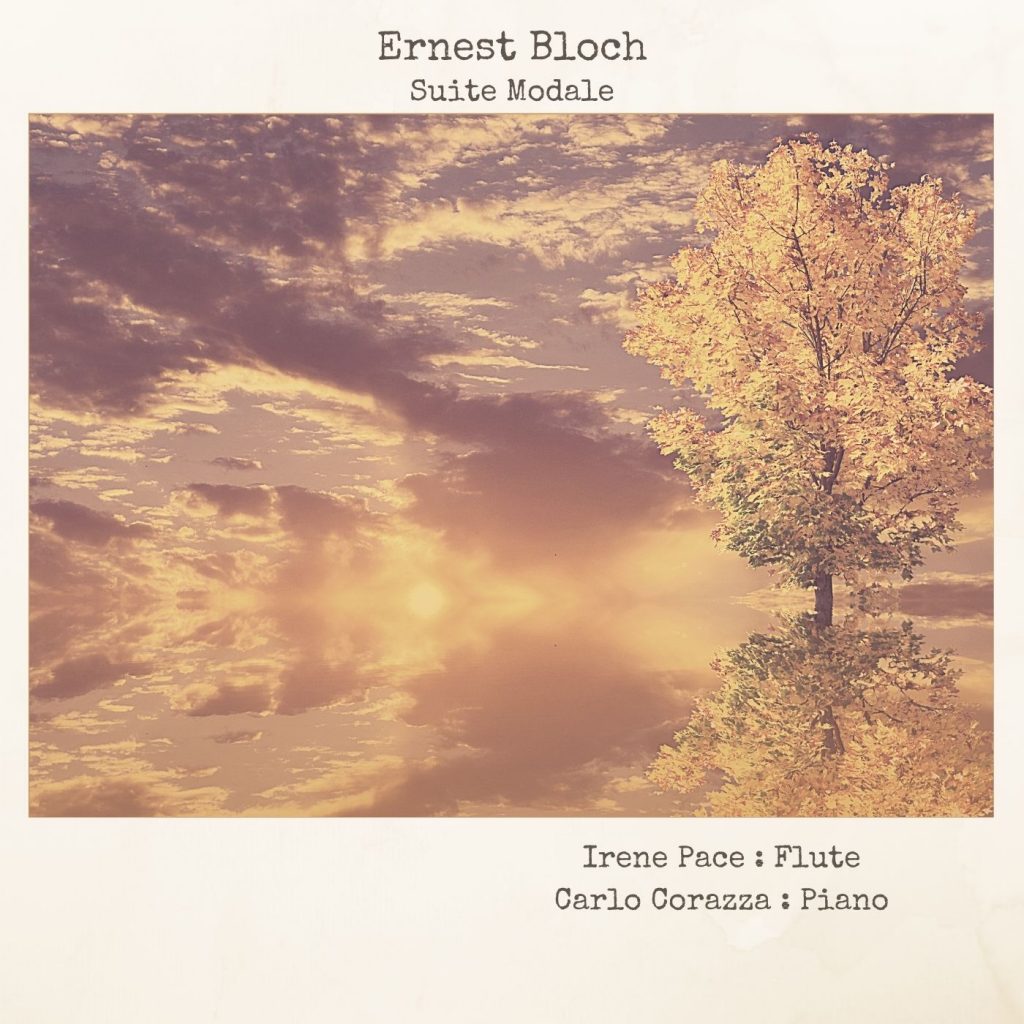 Carlo Corazza on piano, along with Irene Pace on Flute performs a piano and flute version of the Suite Modale for flute and strings by Ernest Bloch.
Suite Modale is one of Bloch’s last works, written in 1956, three years before his death. The title indicates the style of his musical language in his later years, which centered on modal melodies and polyphonic writing, as in his last symphony, the E-flat of 1955, which combines these characteristics with the use of modern thematic material. In many of his works Bloch referred to the sound of the flute as the voice of the soul. This very same element is also found in his Two Last Poems for flute and symphony orchestra, which are a meditation on death and after-life.

Bloch dedicated the Suite Modale to the flautist Elaine Schaffer, whose beautiful sound he greatly admired. The music is a kind of reverie, as if the composer is looking back on the course of his life, and the impressions it has left behind. The work consists of four movements. The first, Moderato, is a kind of melancholy meditation which penetrates the inner recesses of the heart, with the flute and the strings dwelling harmonically and polyphonically together. L’istesso tempo, of the same tempo, but in a different mood, is written in old melodic style and motion.

The Allegro giocoso that follows awakens feelings of the joyous dancing of youth through the rhythm of a Gigue. The middle section brings a slow melodic dance, before returning again to the opening dance, and concluding the movement with a delicate charm. The last movement, Adagio – Allegro deciso, is marked by two highly contrasted sections. The opening meditative sadness gives way suddenly to an exciting middle section with fast and lively Bach-style counterpoint. When the Adagio returns for the last time, however, this is a short cadenza, followed again by the opening meditative music. This time, with a kind of peace and acceptance of destiny.