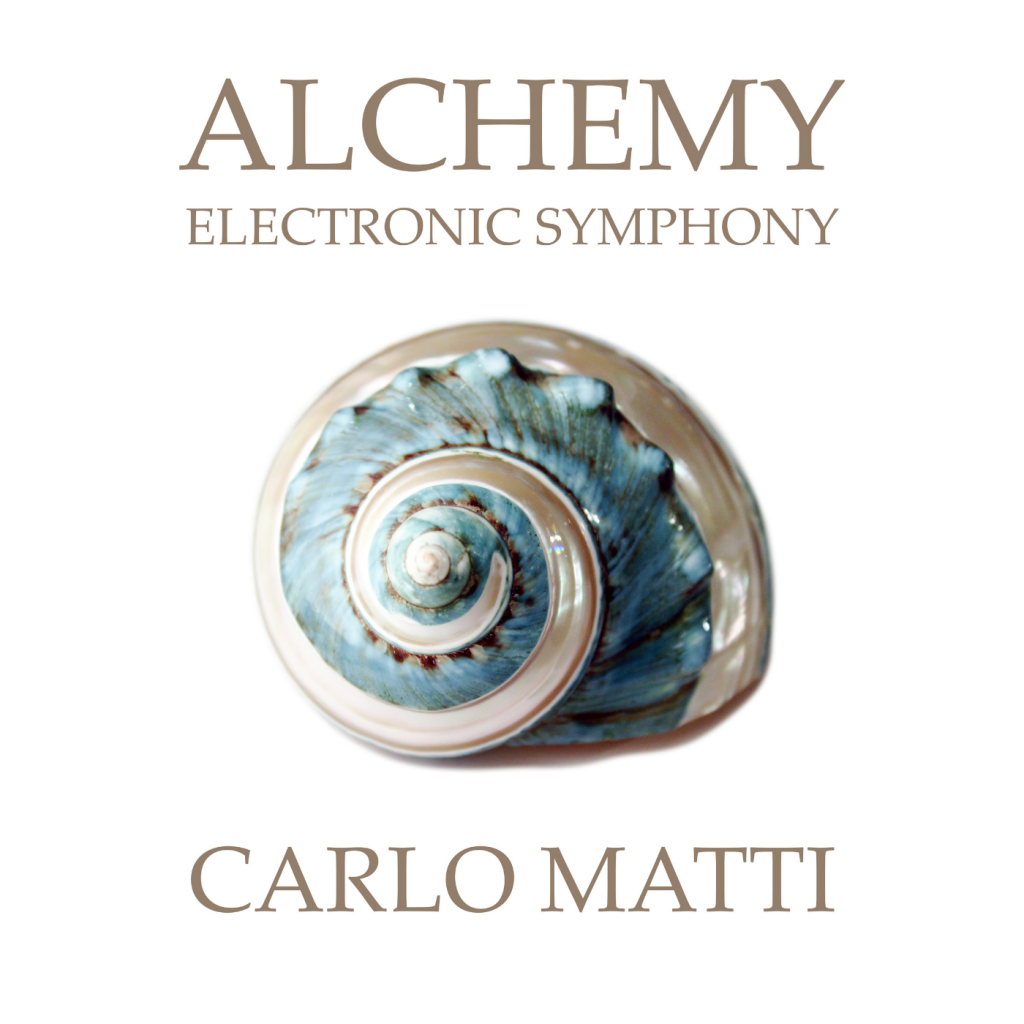 Alchemy is a symphony, in a classical sense, but composed for electronics. Like a giant fresco of sounds, this work attempts to be a musical and philosophical synthesis and a description of the world. Is a quest for Totality, a quest for the Infinite.

Four is totality, is completeness, is the whole Self. Four are the basic psychological functions described by C. G. Jung.

Alchemists sought the Whole, the Unity of Opposites, and they called it in many ways: lapis philosophorum (philosopher’s stone), gold, aqua permanens (permanent water), Fire, mercury, Hermes, hermaphrodite, filius macrocosmi (son of the macrocosm), rebis (from the latin res bis – double thing) , ouroboros etc. In Chinese culture they called it Tao. In ancient Indian culture, it was called, among many other names, Atman.

The work of Alchemy was called Art.

Art seeks the Totality, the Completeness, the circle of the ouroboros, the squaring of the circle.

Modern artists, astronomers, musicians, poets, chemists, psychologists, physicists, researchers in every field of human possibilities are the descendants of the ancients masters of Alchemy.

A work about Alchemy is an attempt at alchemic Art, an attempt to realize the alchemic Work.

This symphony is an attempt to realize, in a musical way, Maria Prophetissa’s axiom: one becomes two, two becomes three, and out of the third comes the one as the fourth. This axiom describes, with numerical symbols, the evolution of the alchemic work that is the evolution of consciousness in its relation with the unconscious, that is the becoming essence of the world: the Unity of the Origin becomes duality in time (day and night, body and soul, matter and energy, female and male, yin and yang). From the duality of time rises the trinitarian strength of consciousness, a synthesis of light that allows the growth of life, the beginning and development of history and culture. But the three cannot embrace all of reality, the world is not only light and the energy of becoming comes from the fourth. The four is the completeness of the one.