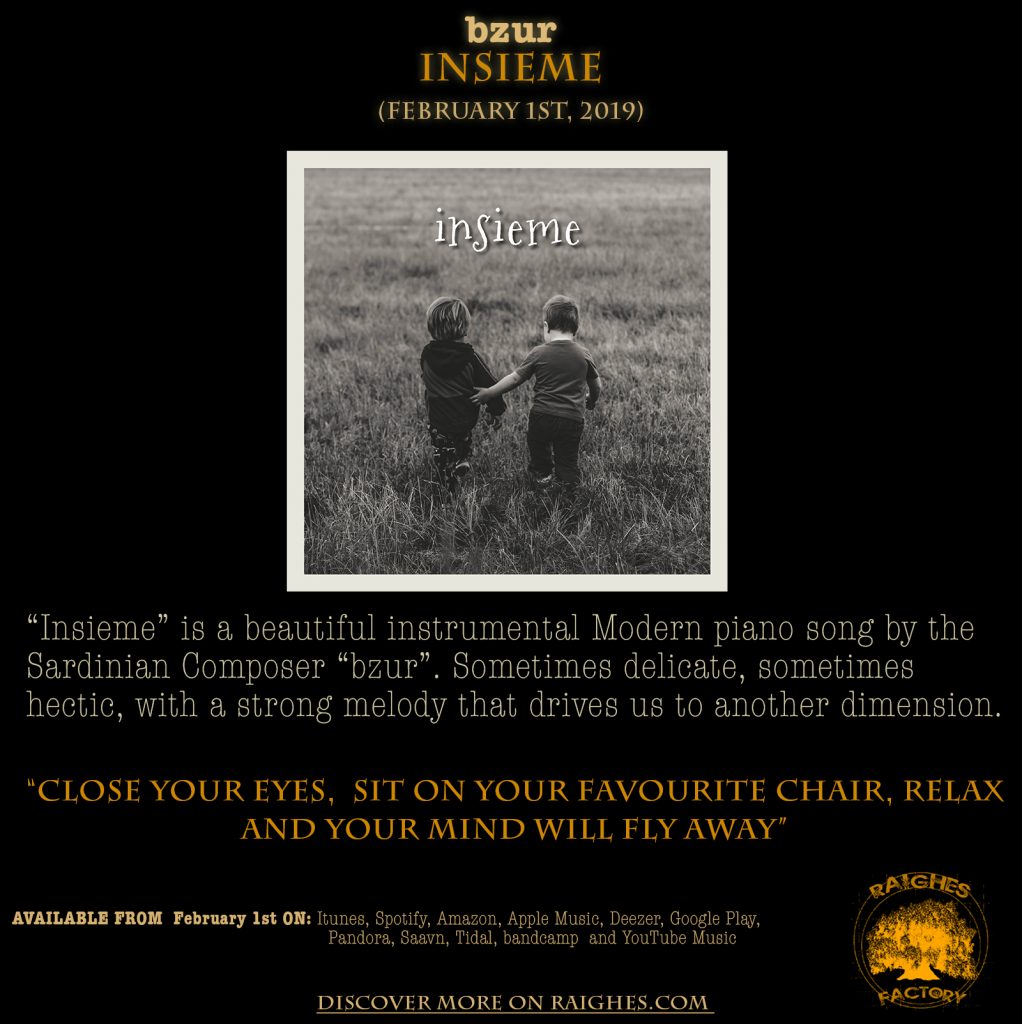 bzur started studying the piano at the age of 7.
After several years, he became interested in composing, with his early works strongly influenced by Jean Michel Jarre and Vangelis.
He has composed more than 400 tracks ranging from experimental and ambient electronic music to solo piano to orchestral works and his music is often inspired by poetry, science fiction, astronomy and figurative art.
In 2012 he graduated in “Musica e Nuove Tecnologie” from the Cagliari Conservatory in Italy.
He also collaborates with other artists as well as working by himself.

After a single released in collaboration with Roberto Diana on Weissenborn titled “Dust on The Road” he release is first single under the “Raighes Factory” February 1st.

DISCOVER bzur's MUSIC ON OUR PLAYLISTS