Born in Rome, he began studying the piano at the age of 8.
Over time he became passionate about blues, jazz and rock music. He continues his studies of Music Theory, Solfeggio and Piano with Maestro Dario Oliverio.
He attends several seminars including Chieti in jazz with Maestro Bruno Tommaso and Maestro Roberto Spadoni.

In 2009 he gave life to his first solo piano project “Musica a Scrigno” performing in many clubs in Lazio and Campania. He plays in many bands mainly Jazz.
Since 2013 he has worked together with the Etérnit Cultural Association as a musician and sound engineer.
Since 2014 he is an effective member of the “Camera” band as musician, sound engineer and producer. In February 2017, the album “TVATT – Music from the Theatrical Project” was released for Martelabel, It come from the soundtrack for the theatrical
show “TVATT” by Luigi Morra.
In 2016 he is a member of the Astral Week band where he plays keyboards and synthesizers and performs in places such as “Auditorium, Parco della Musica” and “Postepay Rock in Roma”.

In the same year he composed soundtracks for several theatrical performances including: “Vassilissa – The Russian Cinderella” by Gaia Termopoli, “Due Penelope Ulisse” by Pino Carbone and “Dorothy e altri rumori” by Pasquale Passaretti.

Also since 2016 he is a permanent member of the electronic band “Bon.Not” as producer and sound engineer.
In 2019, some music composed with the Camera is also present in Venice for the Biennale Teatro, in the show ProgettoDue by Pino Carbone.

In 2020 the theatrical show “Baccanti” by Leviedelfool debuts, for which he composed the music together with the Camera.

Through these work experiences he specialized in the use of keyboards, synthesizers and computers both as musical elements and as musical production tools.

His work as a musician is closely linked to his passion for sound engineering, and he brings this passion into any work he does, in fact most of the musical works are mixed and mastered by himself.

Discover Antonio's latest releases with us 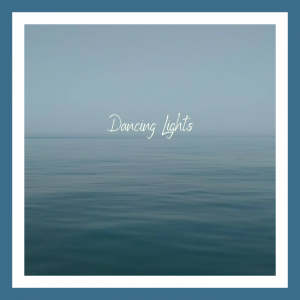